Skip to content
Mediation in the South Asian Community

Kamaljit Kaur Lehal, always knew that she would one day become a lawyer.  She has been providing legal services in British Columbia since 1992 through her firm Lehal Law Corporation (previously known as Lehal & Company). After taking the Harvard Program on mediation in 2013, she commenced mediation work with a focus on assisting those from the South Asian community.  She noted that traditionally in India there was a head of the village, known as the “Sarpanch” who would sit with members of the community and help them to resolve their disputes. Unfortunately, in Canada and actually North America, it appeared that people from the South Asian community had dispensed with the traditional ways and were more willing to litigate and have a judge decide their fate. While informal discussions still took place between elders of a family, especially in family law cases, there was still a propensity for the parties to want to litigate.

Kamaljit saw there was a real need to introduce mediation to the South Asian community as an alternative to litigation and an effective way for them to resolve disputes without spending large sums of money on legal fees. Kamaljit feels that she is well placed to provide mediation services, and, in particular, to the South Asian community as she not only speaks their language, she understands the cultural nuances that impact their cases. The multilayered and complexity of these cases is something that Kamaljit is drawn to and she enjoys helping people become empowered in resolving their own disputes without the need for litigation. 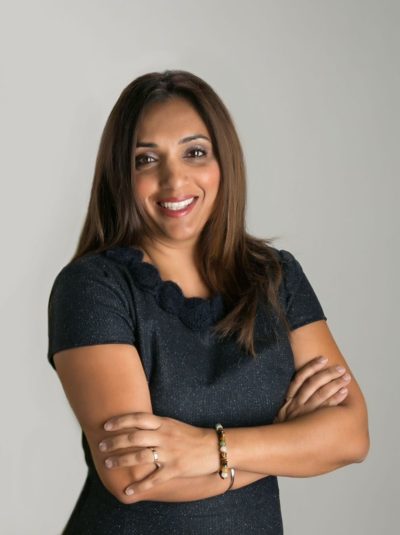 Work in the anti-violence sector

In addition to the work of her firm, Kamaljit, since 2002 through Ending Violence BC, (“EVA BC”),  sits on a roundtable of experts from different organizations to share best practices and find ways to make improvements for women fleeing violence.  Also, in 2009 she was the supervising lawyer for EVA BC on a three-year project pertaining to immigrant women and domestic violence.

In 2013, with the change of the Family Relations Act to the Family Law Act, Kamaljit led a research study, along with four other colleagues, that looked at how mediators conduct their screenings for family violence.  She was particularly interested in what mediators did in cases that were screened for high-risk violence. It was interesting to hear from some in the anti-violence sector, who were not supportive of mediation in cases of women fleeing violence. However, Kamaljit’ s own thoughts were that these women should have the option of mediation if the mediation could be conducted safely. The alternative, court, was often just not the most ideal.

“In court, you are face to face with your abuser, which is terrifying and re-traumatizing for the victim. If you are a woman and you are reporting sexual assault, you are the one who is going to be scrutinized. The courts still have a long way to go in creating an environment where the most vulnerable really feel like they have a voice and are being heard. Courts are not created with a trauma-informed lens and this is a reason that women often choose not to proceed with charges. Mediation is an option that should be made available to women fleeing violence should she choose it, so long as it can be structured to keep them safe and allow them a real opportunity to have a voice and be heard. Everyone deserves to be heard.”

Kamaljit admits that the mediation training and research project she undertook has informed her work in a positive way when representing her own clients at mediations. “When I represent clients, I…set a tone that it is neutral and does not attack the other side. I take the opportunity at the mediation to allow the other side to meet my client and understand how my client has been impacted. I create a space for dialogue as opposed to being on the defensive, which is how I used to approach matters before. If after this more amicable style, the case still doesn’t settle, that is okay, then you take the next step,” she said with a smile.

Representing Women Out of Status

Kamaljit is passionate about representing out of status immigrant women fleeing violence. She has successfully represented such women to obtain status in Canada. For the past 11 years, she has advocated for policy and legislative reforms that would assist such women. Reforms that would expedite the processing of their applications to obtain both temporary and permanent status in Canada. Along with others from the anti-violence sector, she took part in conference calls with policymakers in Ottawa to make these changes.

She is happy to report that in 2019 positive changes came about as a direct result of these discussions, namely, a fast track process to obtain a temporary resident permit status (“TRP”) for women and also an expedited process for their permanent status applications. Her direct contribution to the changes was a recommendation for a client identifier designation on TRP applications; she had proposed the applications be marked “EFV” (Expedited Family Violence) and the government adopted “FV” (Family Violence). This designation alerts immigration officers to the need to fast track the file.

She is thrilled by this hard-won success that since its instalment it has had immediate effects on the lives of women out of status in Canada.

“We are now able to get expedited temporary residents’ permits for out of status women with a turnaround time of a few weeks, something that took months before. And the permanent residence status which used to take up to two years, we have now been able to get them approved within a couple of months.”

In addition to working on cases of domestic violence and working with immigrant women, Kamaljit also represents clients in other areas of immigration, such as refugee claimants before the Immigration and Refugee Board. She is a duty counsel for immigration detainees. She also practices personal injury and workers’ compensation law. She is both a civil and family mediator. She is a member at large on the Canadian Bar Association Women Lawyers Forum. She is a past chair of the CBA National Equality Committee. She is a member of the South Asian Bar Association of British Colombia and a Trustee on the North America South Asian Foundation. She is on the board of the South Asian Legal Clinic BC.  She is Chair of the Board of Options Community Services. She also served as an alternate Chair for the BC Review Board from 1998 to 2010 and as a member of the Civil Resolution Tribunal from 2015 to 2019. She is also in the MBBI UN Working Group.

Her most important and joyful purpose outside of her legal career and social and community commitments is raising her four children with her husband.